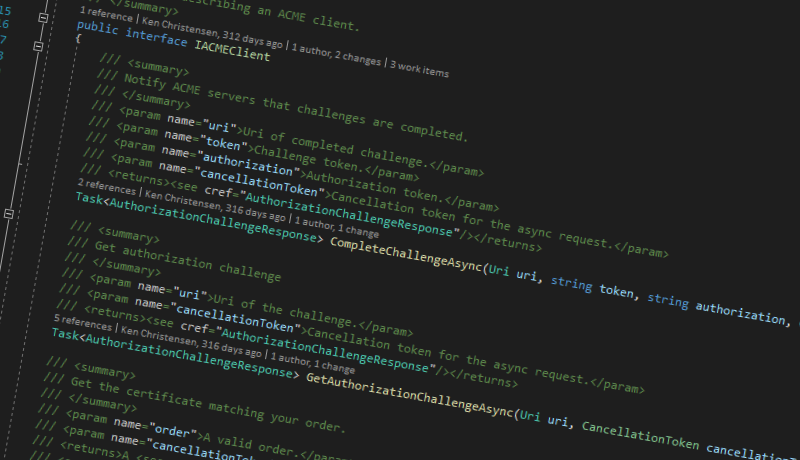 GitHub is pretty much the defacto-standard for hosting source code for Open Source projects. While it excels at hosting Source Code, it lacks automated builds and as such requires integration with systems like Azure DevOps, Jenkins or similar.

For most of my projects, I do my builds using Azure DevOps and while Azure DevOps pushes updated nuget packages to nuget.org, I wanted to configure it to create releases on GitHub as well with the binaries produced.

GitHub releases are defined by a Git tag and release metadata (+ binaries). When creating a release, you can manually create a tag in your source tree using 'Git tag' and create the releases using the GitHub releases page.

I didn't want the releases to be created during each build, but rather for each release I decide to publish, however these steps can also be used in a build pipeline.

save and run the release.

The Yaml configuration seen above, was used to create releases for Kenc.ACMELib on GitHub.

When looking at the Git history of the branch, the version tag have been added to the targeted commit.